It all started about 13 years ago (I know, crazy!)… I just resigned from leading the youth at church. I had an idea. I had a lot of empathy. I had an ability to write, and I had been given an offer to create. Done. Give a creative a bone, and something is bound to happen!

Immediately I saw her, slightly overweight and confident, with pink hair and a snarky personality with a heart of gold, and her name would be Zella. She and I immediately became friends. I wrote the first chapter of her story in less than an hour. I liked her, and I wanted other young girls to like her, too. I wanted them to believe “different” was okay and was fun and could be used to express themselves without identifying them. After all, I wanted that for my own daughters, a lesson I only fully learned myself through Zella, interestingly enough.

She was created to help young girls see that they were beautiful no matter their size, and they were worthy of some amazing guy who would respect them and would pursue them, and they didn’t have to hunt him down, he would find them… and most likely, it was planned to happen, in God’s timing with unforeseen connected dots.

She was also created to help them see that their identity wasn’t in their friendships or their wardrobe or their boyfriends, but they were fully complete in a relationship with God. And that relationship didn’t have to be stoic but could be real and messy, and they could question God even as they learned to trust Him. 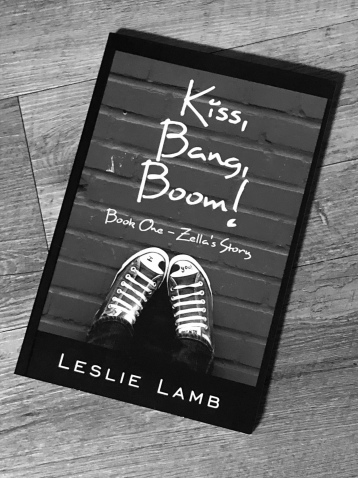 So why the rerelease?

I recently realized, Zella is still very much alive, and just like those many years ago, girls still need a role model, a heroine, someone to show them the way to confidence and compassion. So, I’m inviting her to stumble off the pages of her book, to flip-flop right into the present day, with all her sass and seriousity (Yeah, I made that word up). She still has a place in this world, and chapter-by-chapter, I hope you will embrace her and her world, again, if you’ve met her before. And for the new ones who somehow heard about my blog and want to join the weekly adventure, I know she’s been eager to meet you!